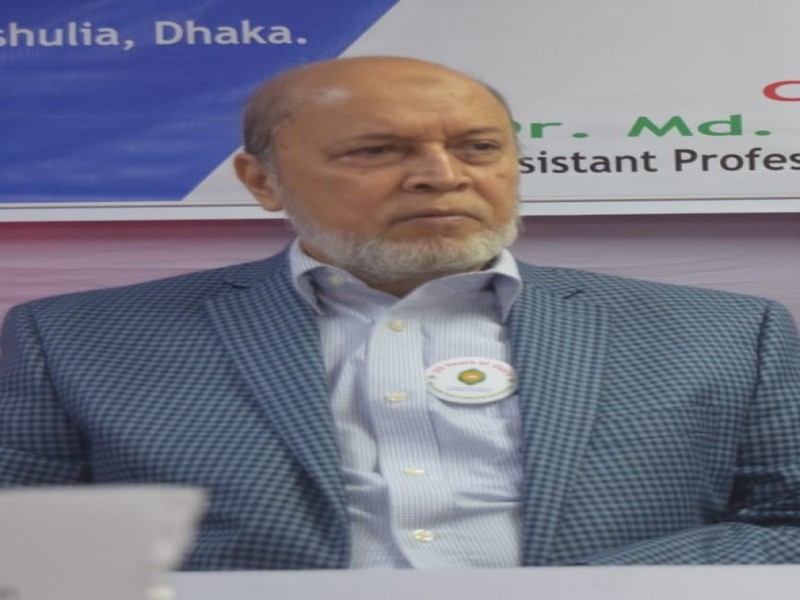 It is our immense pleasure and honor to inform that the Board of Trustees, MIU has decided to appoint Prof. Dr. Choudhury Mahmood Hasan as Professor Emeritus in the Department of Pharmacy.
He was born on 31st August 1953 in Bangladesh. He obtained his B. Pharm. (Hons) and M. Pharm (thesis group) degree from Dhaka University in 1973 (exam. held in 1975) and 1974 (exam. held in 1976) respectively, securing the First position in First Class in both the examinations. He received his Ph.D. in Phytochemistry (1982) from the Department of Pharmaceutical Chemistry at the University of Strathclyde, Glasgow, United Kingdom. He was awarded the Commonwealth Scholarship for doing a Ph.D. (1978-1981) at the University of Strathclyde, Glasgow. He was also given the Commonwealth Academic Staff Fellowship (1990-1991) to work as visiting scientist in the same university and Japan Society for the Promotion of Science (JSPS) Senior Fellowship (Nov-Dec, 2004) for doing research in Tokushima Bunri University, Tokushima, Japan.

Dr. Hasan joined the Department of Pharmacy in Dhaka University in January, 1978 and progressed through the ranks to Professor in the same department in March, 1992. He was the Chairman of this department from 1992 to 1993. He was the Director of Drug Administration, Ministry of Health and Family Welfare, from July 1993 to January 1997. He was elected as the Dean of the Faculty of Pharmacy, Dhaka University for two terms from 1999 to 2003. He was the Chairman of BCSIR (Bangladesh Council of Scientific and Industrial Research) from 11th August 2005 to 10th August 2008. Vice-Chancellor, Manarat International University, from 13th October 2012 to 12th October 2016.

He was a member of the Pharmacy Council (1993-1997 and 2001-2008) and also the Chairman of its Accreditation and Education Committee. Dr. Hasan, as a member of the expert committee, played a pivotal role in the inclusion of “herbal drugs” in the National Drug Policy 2005 and later on in Drug Ordinance 2005.

His research focuses on the Chemical and Biological Studies of Local Medicinal Plants with emphasis on structure elucidation of the Secondary Metabolites by Spectroscopic Techniques (UV, IR, NMR, MS, etc.). So far he supervised and co-supervised the research of a few Ph.D. and more than 65 M.Pharm. students of Dhaka University. At present, he is co-supervisor and co-supervisor of 8 Ph.D. and 3 M.Pharm students. He is the main author and co-author of 295 peer-reviewed papers published in international and national scientific journals. He was the Chairman, co-Chairman, plenary lecturer, presenter, and participator in 66 international seminars and symposia/workshops held in 25 countries around the world including the UK, USA, Japan, Canada, Germany, Sweden, Spain, Australia, etc.